The Dawg House The Cruise

There’s Only One Right Way to Run the Rocket

Cruise
This was YHC’s 2nd Cruise Q, but about the 4th time running this route.  YHC has a tendency to get lost or follow other PAX that get lost while running the Rocket.  With YHC at the helm, how could it not be done correclty..??   Well… this is how.. when you have a few minutes left and a former MQ leads a mutiny to run the head of the bird..  YHC stayed true to the, Q along with a couple other loyal PAX (including the current MQ, way to be a servant leader Yellowcake), and finished off the Rocket.  Now YHQ has a pretty rocket picture to post on his virtual Strava fridge. 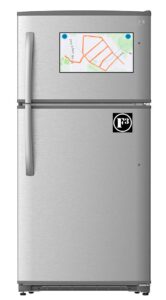 You’re probably wondering about the mutinous few lead by the former leader of Egypt..  Well they arrived a minute or two late for the COT, but survived to one day highjack another cruise.

Oh yeah, and there were the 3 Musketeers who Rucked their way around the bird.

Announcements
>Extinction Race
>Loveboat is considering bringing his bike to the next cruise if any PAX wanna Roll Out.

Prayer Request
>Uecker’s mom has had both vaccination shots and his dad was finally able to get an appointment to start his.

I want to soak up the sun!

Just 5 Burpees…with some Practice at the end!!