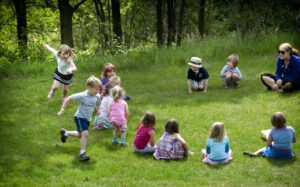 20 Pax (along with a fly by from our lawyer) gathered on a clear morning to pay tribute to me.

After a brief disclaimer we mozied to warmara.

Short mozy and partner up.  Partners would mozy to the far island and then race back.  Before they left they would call out an exercise for the PAX.  Of note – Sandman and ONJ called burpees and then proceeded to “old-man” the course.

Very short mozy and find your partner.  One lunges whilst the other does 10 merkins.  Travel to the cars and plank.

Mozy to the bleachers for some weight exercises.  Up for 30, 20, 15.  In between we did Dips and Incline Merkins.  Somehow, our bleacher gashed my belly.  Perhaps I am fat.

Mozy to the island for some Rocky Balboas – 50 OYO.

Two lines.  PAX from non-Highlands, non-SkyWalker AOs.  Pavoratti’s confusion ensued at this point.  Jail brake to the bottom of the parking lot.

Two lines.  Indian Run up to the stripes on the pavement.  WWIIs until the Six gets there.  No, really.  The Six has to actually reach the stripes (Sandman and Snowsuit).

Go the other way.  It was honestly at this moment that the Q considered a good 10 minute Mary with stretching.  It’s what everyone was expecting after all.  But there was a moment of indecision.  The Q ran DOWN the hill instead of along the top.  The field did not appear too wet or muddy.  The Q was eventually proven wrong.

One big ass circle was formed.  Two PAX would start to circumnavigate the circle whilst the PAX did an exercise of the Q’s choosing (Al Gore, Low and Slow Squats, Bobby Hurleys).  The runners would tag someone and chase would ensue.  IF the chaser caught the tagger then the tagger did 5 burpees.  If the tagger made it all the way around (which I don’t think happened) then they would continue and tag another whilst the chaser would do five burpees.  Old men could cut across the middle.

I don’t remember how many PAX ended up in the mud.  It was a lot.  I was first.  It was cold, wet, and hurt.  Chowder’s Goldenrod yellow shoes got ruined.  My bad.

Mozy to Mary.  Some stuff ensued at Glock’s pleasure.  The Q cut off the Pretzel Crunch half way as it was 0800.

Yada, yada.  Coffeteria – where at least half of the PAX enjoyed hot beverages and the surprise company of Disaster and Tootsie.

A beautiful day to stay hard